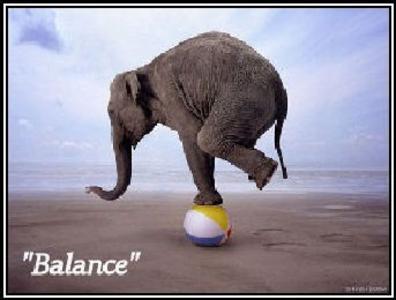 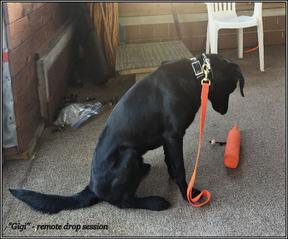 In the afternoon, Gigi did another session of advanced, off lead OB and continues to make progress in small, easy steps with the remote drop concept. The idea that we are now working together (interacting properly) indicates that this skill does have a huge impact on responsiveness. A term often used in engineering is iteration. The iterative process is simply a series of steps that you repeat, tweaking and improving both you and your dog's performance with each cycle. In practical terms, think of it as precisely practicing to produce nearly perfect results. Today's distraction was the use of a quiet, feeding duck call (randomly). Lylah and Pounce did there usual OB and retrieving session. Both are enjoying every evening together.

Feb 24 Wednesday - Gigi had the day off....Pounce and Kylah did a brief, late OB session (half-time of the Bull's game).
Feb 25 Thursday - snow is melting, got my first PifzerCo-Vid Vaccine (shot) today with the second to follow in mid-March. Gigi worked again in the afternoon. The full, relaxed, willing remote drop is in the "hanging chad" stage. It has been more difficult for Gigi in comparison to when Pounce did her remote drop sessions. Lylah did not work with Pounce evening.  note: complied a list of all near HRC and AKC hunt tests for 2021
Feb 26  Friday - Gigi - afternoon...practiced OB and a few retrieves. Her "remote" drop remains a work in progress. Gigi was "hanging up" (conflicted in the moment). Therefore, a new visual cue was added to get her more engaged. It did not make a huge difference, but revealed she was trying. Resolving the conflict between "hold" correctly vs. "drop" on command takes time and finesse.
Lylah and Pounce worked their OB and retrieving routine this evening. 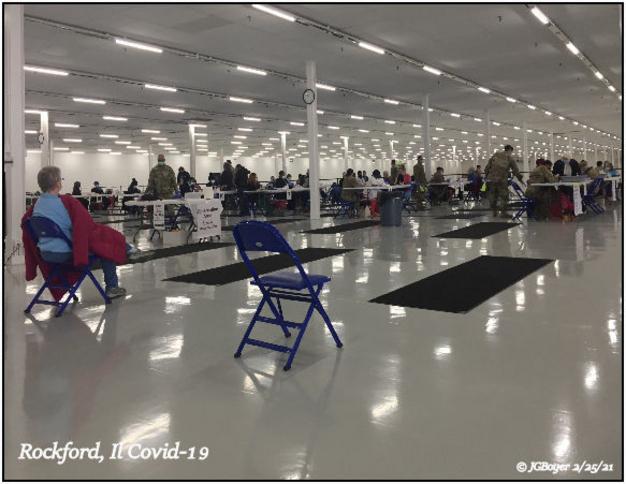 Feb 21 Sunday - high 30°F with 2-4 four inches of additional snow tonight...Gigi trained in the afternoon. The first phase was off lead OB with frequent "bumper in mouth" intervals. The next segment was a continuation of teaching the "remote drop" command. This is still in the up close stage and on lead. Today was a strong indication that she understands and is willing to do so. The picture is "open mouth, toss down" followed by raising head back up ready for "what's next". The finish is to praise and walk off with "heel" & "leave it" commands. This is accomplished by subtly chaining the "out" command into "drop". Reading a dog in the moment to achieve that transition is best described by the concept of finesse. Finesse with incremental steps when teaching is cool. There is no e-collar application.The most difficult action to avoid is to get into a "no...not that" situation. Frustration is destructive. Keeping finesse and responsiveness in mind tends to aid in not going there. The next phases are 1) precise practice, 2) increase distance (remote drop),
and 3) distraction proofing. Lylah and Pounce trained later in the evening doing their usual OB. 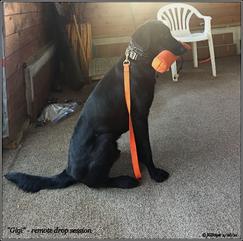 Each week, an inspiration from the Past will be
selected for review. The following is the first of many.

Feb 3 Wednesday - Gigi trained indoors this afternoon (used Dokken). Pounce trained later with
Lylah doing a session of heeling on lead. They finished with a ten bumper pile practicing sending, retrieving and deliveries (to Lylah at the line). She is non-verbal autistic and I provide the audibles.
Feb 4 Thursday - blizzard conditions this evening, snow with 45 mph winds...25 days until March
Gigi had the day off. In the early evening, Pounce was handled well by Lylah doing a two pronged session (heeling and and then working two piles at the line with two six bumper piles). As I watched, it almost seemed that at the line Pounce was being gentle with Lylah.

note: Fortunately, training during a blizzard was not cool.

Feb 5 Friday - Gigi had the day off. Pounce and Lylah did two sessions of heeling OB with a dozen retrieves in between the heeling sessions. I sat in a chair, watched and supervised.
note: bitter cold for the next ten days
Feb 6 Saturday - today was a repeat of yesterday. Lylah continues to improve every day and has begun to smile a bit (now and then).
Feb 7 Sunday - Lylah and Pounce worked together & Gigi had another day off (deep snow/cold)

Feb 8 Monday - Lylah and Pounce practiced OB and did 12 retrieves, Gigi worked on all the OB commands including remote "down" and finished up with 12 retrieves - whistle sits and remote "downs" with bumper in mouth. (deep snow with a low of -6°F...20 more days until March)
Feb 9 Tuesday - Pounce and Gigi repeated yesterday...KwickLabs to doctor for shoulder x-ray and

need reverse shoulder replacement. Timing depends on how long I can deal with the present pain.

Feb 10 Wednesday - Pounce trained with Lylah and Gigi had the day off.`
Feb 11 Thursday - Pounce and Lylah practiced indoors and Gigi spent her session just doing a challenging, off lead OB session with a bumper in mouth distraction.
Feb 12 Friday - four more inches of snow last night, single digit highs/below zero at night for the next five days.....winter's last big push???  Pounce was exercised in the heated training area by Lylah (heeling and retrieving). Gigi was challenged in her OB routines. The initial focus was an on lead OB session with whistle sits. Next up were two three minute remote sits followed by two three minute remote downs. The second of each was with "bumper in mouth". The last session of Gigi's was an  introduction to the remote drop concept. The concept (in brief) is "The retrieved object is not hers". Remote drop was taught with Pounce and she really didn't need it. Gigi on the other hand does. Today was a solid day of training (in 74°F of comfort).
Feb 13 Saturday high of 3°F (-35°F wind chill later) more snow...Gigi & Pounce repeated yesterday
note: Gigi's initial intro to "remote drop" went as expected...some progress. Clearly, I
would not have been able to begin if her basic OB skills were not solidly in place.
Feb 14 Sunday -2°F at 1 pm in the afternoon...Pounce did her usual exercise routine with Lylah and they both had fun. Gigi worked an excellent, challenging session of OB....including the second day of working on the "remote drop" skill set. It begins on lead, at heel integrating "fetch", "hold", "out" (me taking the bumper) or "drop" and "leave it".  In addition to the useful skills being developed, Gigi is demonstrating a much needed growth in responsiveness.
Feb 15 Monday - high of 5°F....Pounce and Gigi did a repeat of yesterday 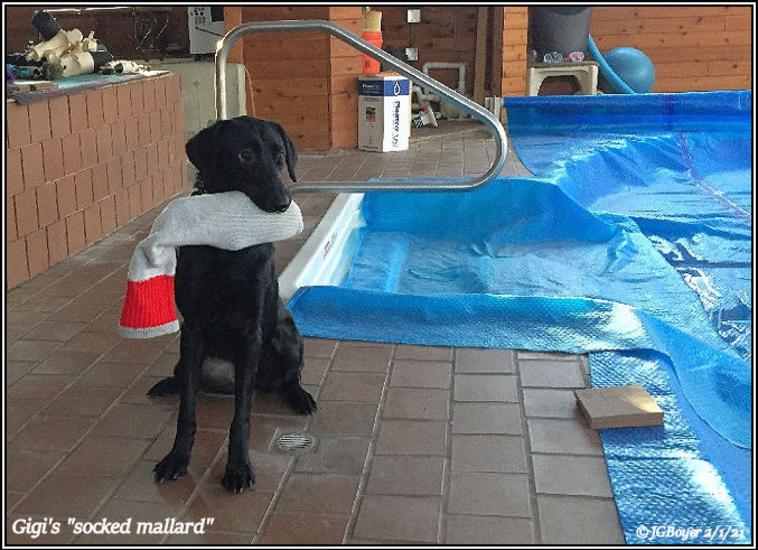 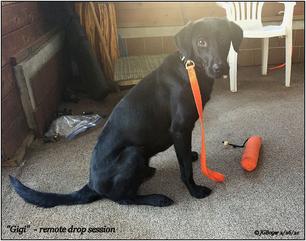 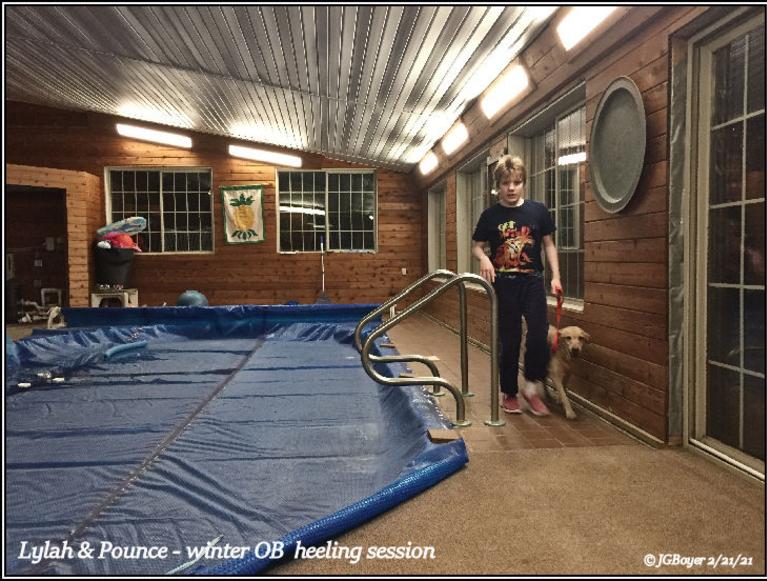 Feb 1 - Monday....one more month        bitter cold starting Thursday night with -18°F on Sunday night .
Gigi trained indoors doing an OB session with a "socked" mallard in her mouth. This was Distraction Proofing 101. With Gigi's very high "birdiness" factor, her control, focus and responsiveness (factors) were emphasized. Gigi had a quieter mouth and a physically calmer demeanor holding an almost duck
while on a leash doing OB. Pounce had the day off.
note: The socked mallard keeps blood and feathers off the indoor pool deck.

Link of the Week #2 is a skill to be taught early this spring. "Walk-Ups" are used in most HRC and AKC hunt tests. This link discusses a training approach that teaches that a "bird in air" and/or a "shot" both mean "Sit!".  Therefore, in a hunt test (when doing a walk-up), the handler is able to command a "sit" in at least three different ways....almost at the same time. A verbal or whistle "sit", a duck in the air means "sit!" and maybe a shot (in HRC) or pointing fake gun (in AKC) all mean "sit!", if the dog practices and learns what each action is related to in training. 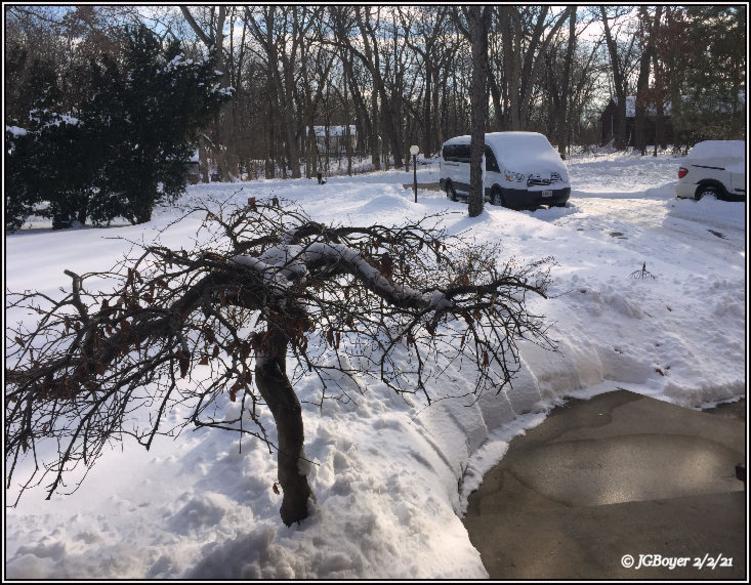 Feb 22 Monday - upper 30’s for a high….a lot of snow to melt (it will take at least a week) Gigi trained this afternoon and continued work on her remote drop skill set. She is in the “OK, I get this phase”.  The first phase was, “What?” The second phase was, ”I’d rather be doing something else.” Next was, “I am really kind of trying.” Yesterday, it was a satisfying “OK, I think I understand.” The most recent stage (today) was, “This is almost fun.”  At last, we have begun to enter into the precise practice segment (up close, personal and fun). The most challenging segment is completed. With steady practice and gradual increases in distance, maintenance mode will soon be the norm. Remote drop is an exercise in manipulating responsiveness. During this session, there were intervals of precise heeling on and off lead (sometimes with bumper in mouth). It should be noted that achieving these skill sets required improving the training conversation. The most challenging part of the last few weeks has been avoiding any “No…not that confrontations.”  Teaching is supposed to be fun. Creating fun is not the dog’s job. In the evening (during half-time of the Bull's game), Lylah and Pounce did there OB and Retrieving session.

note: There was quite a bit of time taken to re-examine the concept of balance. The thrust of this revisit was to review the tactics being used  to teach/train Gigi and Pounce.

Feb 19 Friday - last day with single digit temperatures overnight...Gigi trained in the afternoon. She was more relaxed with the drop command. Her somewhat manic issues displayed by  possessiveness have significantly decreased. The "OK, what's next?" attitude has surfaced.
At half-time of the Bull's game, Lylah and Pounce did their OB and retrieving session.
Feb 20 Saturday - high of 20°F.....day off for everyone...spent some time retrieving special events from the past - The recollections will consist of edited journal links and photos. The first selection was from the waterfowl opener on the Iowa side of the Mississippi River in the fall of 2009 with "Gunny". Fin & Feather duck camp is on the Illinois side. By having Illinois and Iowa (out of state) licenses there were three "openers" (Iowa had a split season).

Feb 27 Saturday - the snow is melting slowly.....Gigi trained in the afternoon. Today was the first time that the "drop" command was issued at a small distance away from her. The three photos above were taken during the drop sequence by stepping away from her.  Lylah and Pounce practiced later in the evening.
note: In morning, I had my first shot of the Pfizer-BioNTech COVID-19 Vaccine.....no issues.

Feb 16 Tuesday...more snow and about another five days to just get through the cold temperatures
Gigi trained in the afternoon working on OB and another session working on the "remote drop". A slight improvement was achieved. It is not going to be a one day and done process. Lylah and Pounce had the day off.
Feb 17 Wednesday (warming up some)...Gigi trained in the afternoon and was making a lot more eye contact. "Sit", "fetch", "hold" and "down" are prompt. Today the "drop" command was almost there. Almost means it was not fast/immediate/crisp.  For example, when Pounce is given the  remote "sit" and then "drop". it is fast and confident (conditioned response). Gigi is making steady progress. However, her body language is stating that she is not convinced. It is not a conditioned

response.....yet. Today, she turned the corner. The rationale for teaching the remote "down" is to enhance responsiveness. This is Colonel Clink training. "You will do this.....and you will like it!"
Feb 18 Thursday...Gigi practiced OB and then worked on the remote drop concept. There was a
noticeable change in her willingness to drop on command. Each session has shown progress.
Pounce worked for Lylah and both continue to enjoy the time together.

Feb 28 Sunday Gigi repeated yesterday's setups - more precise practice driven by one goal. Gigi's eye contact/responsiveness/effort is measurable every session. The focus is work with me.