Bong Recreational Area has a dog training "time slot" beginning at 3 pm every day. It is about an hour drive with a game farm nearby. The plan is to "do" 4-5 chukars every other day in 4 or 5 sessions. The weather forecast for this time of year is "outstanding" (no snow and a temperature range in the 20-30's). These sessions will be "preps" for Pounce's HRC Upland Tests (early next year).
note: This will not be a new experience for Pounce. She had a "young intro"
to "search/hunt and steady to flush" with shot chukars to retrieve.
Dec 24 Left for Bong Recreational Areain Wisconsin (easy drive). On the way, four chukars were bought at Rice Family Farms. In the Bong upland training area, chukkars were dizzied and planted one at a time. Pounce did four quartering search and flushes. Three chukkars were "fly-way" mode with "sit to flush" and a shot practice. One chukkar was flushed, shot and retrieved. The finale was Pounce running a cold blind. She was in heavy "hunt mode" (for a cast or three).      Good start! More upland practice is scheduled (weather dependent).
Dec 25 Pounce did a "review" of the "two log" hurdle blind (refer to Dec 23rd journal entry)
MerryChristmas!!! 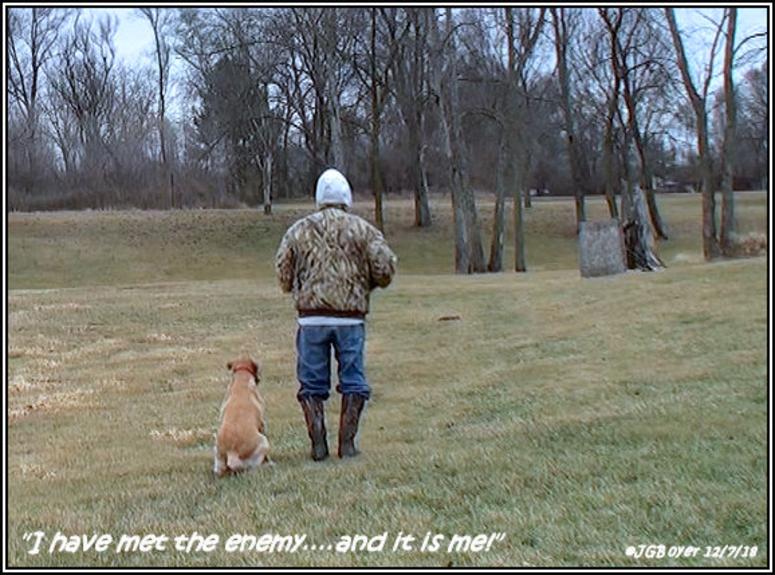 Dec 7 Today is garbage day........"cleaned house" of "stuff" following a general rule....."Not going to ever use again.....out". It is another cold day and training inside seemed like the logical choice. Just received a "ping" message showing the ten pups from THE litter. One is mine.

A thread on the Retriever Training Forum and having some time this morning, the following response was written as it related to "leash issues" vs. the past four years of training Pounce.

A brief video with the two of you in a heeling session might provide a much needed perspective.
A general rule for teaching and training is "When things go south...it is not the dog". There were several different approaches presented in this thread. They all work if applied correctly (by someone that knows what they are doing). However, the correct approach to any issue depends
on the pup in question and the skill set of the trainer. An experienced trainer will adjust.

Frankly, I do not see how anyone can tell you exactly what is needed without any perspective as it relates mostly to the trainer.

To repeat "It is not the leash....the collar....or the puppy." Make a video with you in it. Seeing
yourself in action is often informative (or not).

The question to answer is "Why is the pup more interested in a leash than the trainer?

Dec 26 Wednesday = day off.......worked on gun issues.....cleaning and mechanical
Dec 27 rained all day (38°F) - gun work continues...Pounce trained indoors
note: Daisy is having "issues" (again).
note: Daisy had serious "bladder and bowel" problems in October. Emergency
vet work included an overnight "hospital" stay which was very expensive.
Dec 28, 29 more of the same, much worse...two crates to shuffle back and forth (plus clean) and frequent trips outside were not working. The decision was too obvious. 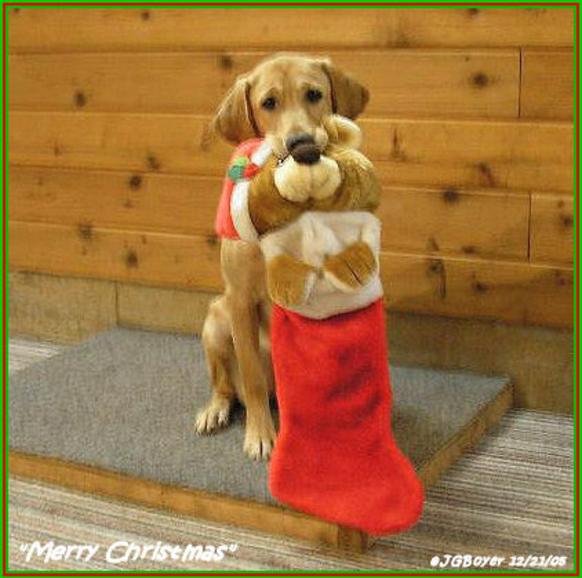 Dec 8 Cold, in the upper twenties with most of the snow gone. Pounce and I went to the iced over goose pond to remove our blind. When there is snow on the ground, there is no way to drive near enough. It took about two hours which included having Pounce run a few "cast back to a distant line, stand-alone" singles. This evening will be the usual off lead work indoors. 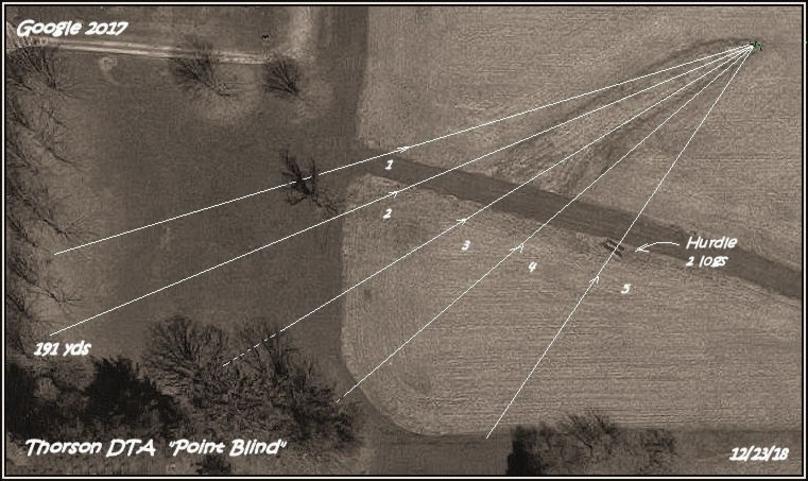 When removing the blind, it became clear that a field mouse had discovered quite a neat place to spend the winter. Pounce did not notice....but I did. It is strange how one can feel a bit of a twinge about the plight of one insignificant, little mouse. I moved it to a large piece of bark beneath a dead pine tree. Perspective is often very whimsical.

Dec 16 - Today was a great day. There was no snow on the ground and the Bears finally beat Green Bay. Then I read a training thread on RTF.  Most were "pushing" the usual mantra on hold and only a few leaned toward Hillmann's approach. Having done "both", I much prefer "The Game". After reading the thread, I was motivated to create somewhat of a cartoon (for this journal). From my point of view, you can get there...either way.
note: Pounce had the day off.

Dec 20 Daisy and Pounce were both exercised in the warm, indoor training area
note: Pounce's session was a great deal more focused on heeling, handling and
retrieving skills.
Dec 21 Reviewed Hillmann's Land Fundamentals training concepts in preparation for the eventual training of a pup that will be coming home next month. Further review of the entire program is underway. The "second time around" will definitely be more seamless. Pounce did a "workout' in the warm, indoor training area.
Dec 22 Pounce had the day off. The weather through Jan 2nd will be comparatively mild.
Dec 23 Pounce ran a new point blind (five lines) in a bean field (mostly for the exercise).
The last blind had a line that required hurdling over two large trunk sections of an oak tree.

"cast back to a distant line, stand alone single" 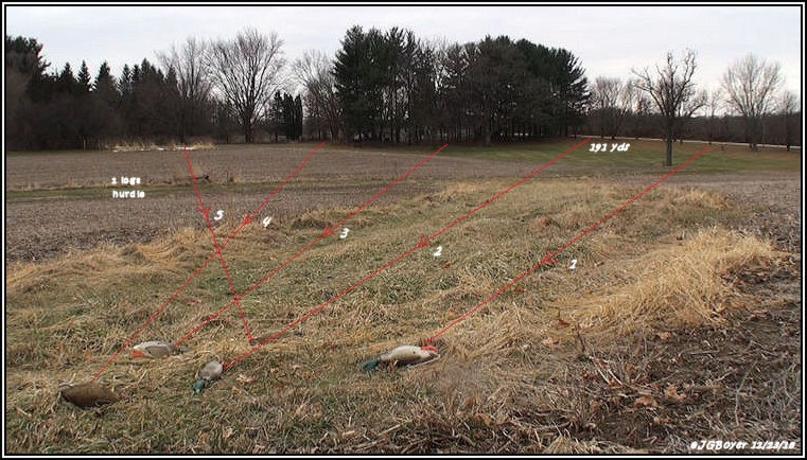 Dec 15 With two plus months to "weather", we took today off......and did that very well. A "page" of reminiscing about Pounce's early "training" made the morning pass quickly. 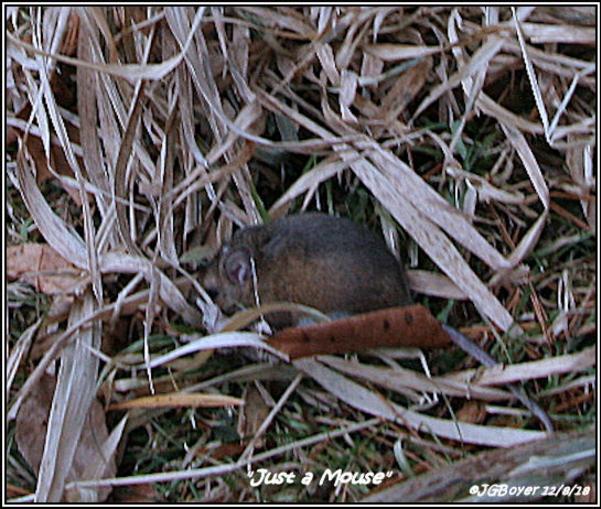 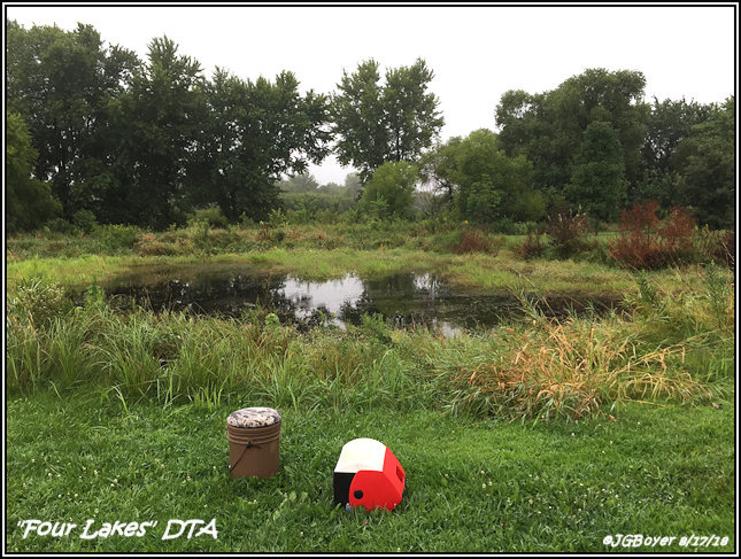 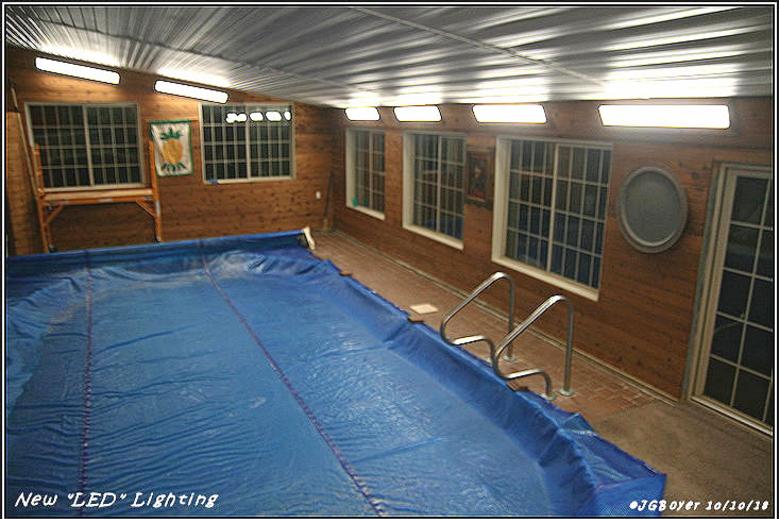 note: Pounce is no longer in heat.

Dec 12,13 Pounce continues to practice and exercise indoors. In addition, the winter "lull in action" is a pleasant and much needed change of pace. Another training forum thread provided the initiative to compare and contrast the use of corrections during the process of developing reliable conditioned responses vs. disobedience.

Dec 1 cold, cloudy and windy - Pounce did a brief session of retrieving in the snow covered yard with a new Gunners Up "Ergo-Fetch" Bumper.
Dec 2 rain until late afternoon...changing to snow     Received info from the breeder on my next and probably last pup. It was to be second choice black female, but there was only one. The person that had first pick black female "switched" his decision to taking a black male instead. Therefore, I don't really have any choice. Then again if there were just two black females, I still would have one choice. Or one could rationalize I am getting the best black female in the litter.
Dec 3, 4 cold, some snow...wet, damp and miserable...Pounce is in heat and later than usual.
note: Last year her late year heat cycle was the first week in November.
Dec 5,6 Pounce did extended, "up beat" Hillmann style sessions using the indoor heated deck

Dec 9, 10, 11 Pounce did extended exercise sessions in the indoor, heated training area. Monday morning (9th), an early drive revealed a rare phenomenon - hoarfrost.
Got home in time to run the camera "around" for a few photos. Editing for a blue sky was not easy. However, several very different "views" provided a variety of effects.

Dec 14 The weather forecast is surprisingly good for the next ten days. However, the urge to recall a great, warm day in August needed to be satisfied.